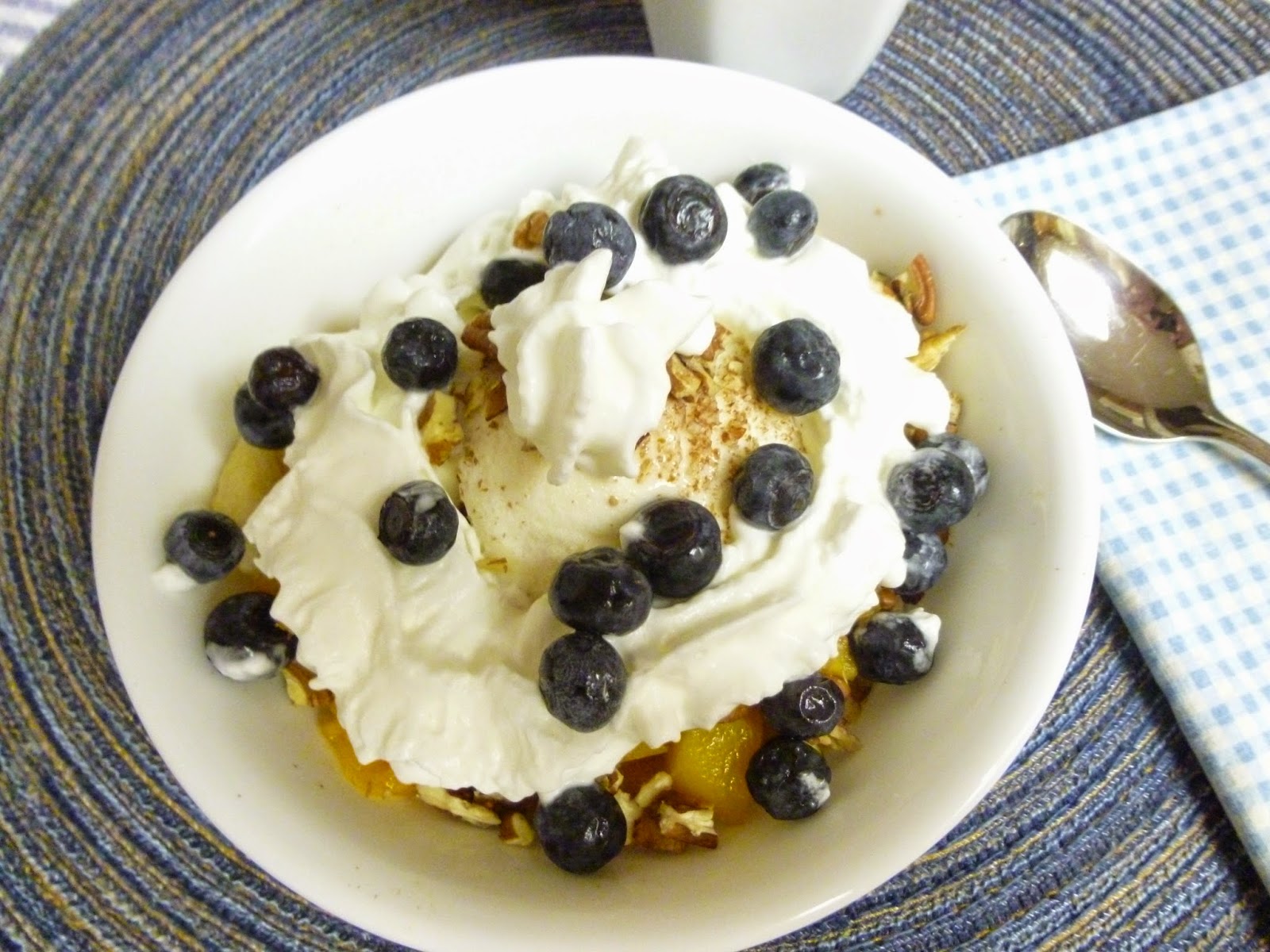 
Let the word of Christ dwell in you richly
as you teach and admonish one another
with all wisdom, and as you sing psalms,
hymns and spiritual songs with gratitude
in your hearts to God.
Colossians 3:16

It was a pretty normal uneventful week here
up until Wed. night.....
part of the reason I am late again!!   lol

Wed. night hubby found an ugly brown stain on
the ceiling of our master bathroom - about the
size of a salad plate or lil bigger.  Think it must
have happened Tuesday nite, as we had a really
bad downpour and then soaking rain that lasted
all night, cause just can't believe we would not
have seen it sooner if it had been there before
that. Called the roofers that did our roof almost
10 yrs. ago after 3 hurricanes in a row. They
came out yesterday afternoon. He thinks he
found where the leak is, and is suppose to
come back and seal it today, but haven't seen
him yet, but we also got really bad news.
Our supposed 30 yr lasting roof, evidently
has never sealed properly. He could just
lift the shingles up and could see debri
underneath, and said they could easily
blow off if we had any high winds, and he
found that over a large area, and thinks it
could be our whole roof. So we are having
to file a warranty claim, which sounds good,
but we think it is not the greatest.
Since we have had the
roof for 10 yrs,they will pro-rate the shingles,
which is fine, but you get nothing for labor,
and the roofer said it was an adhesive
failure......hmmm!
So that means after 10 yrs. of this Florida
heat and sun beating on our roof almost daily,
and the shingles never sealing we could have
had or could have a calamity at any time.
Also, if they do honor the warranty they want
to give you a credit to get more roof shingles
from their Company. I said are you serious...
why would I want to do that??
When their materials failed, and they aren't
even willing to make good on it.??
We didn't expect to have to worry about
our roof for another 15-20 yrs, so this is
quite a shock,  Also the leak was caused
by a nail that wasn't all the way pounded in,
and no one has been on our roof since they
roofed it 10 yrs. ago, accept the painter that
was up there recently to paint our chimney
but he was not in that area at all.  So we are
gonna be praying and thinking on this over
the weekend to see what we should do about
all this. Love how they tell you that you have
a 30 yr. warranty when you really don't, but
you don't know these things until after the
fact.  Live and learn, I can tell  you if we have
to get a whole new roof we will definitely be
asking to see the warranty before one shingle
goes on this roof.  Think we will be checking
warranties closely on anything we buy from
now on.........but who woulda thought!!


One a brighter note, I finally took my Easter
things down yesterday just need to get them
packed away, then will be changing some
things around which should be fun....
and..... I could use some fun!!  lol


Guess I will get on with Thankful Thursday! 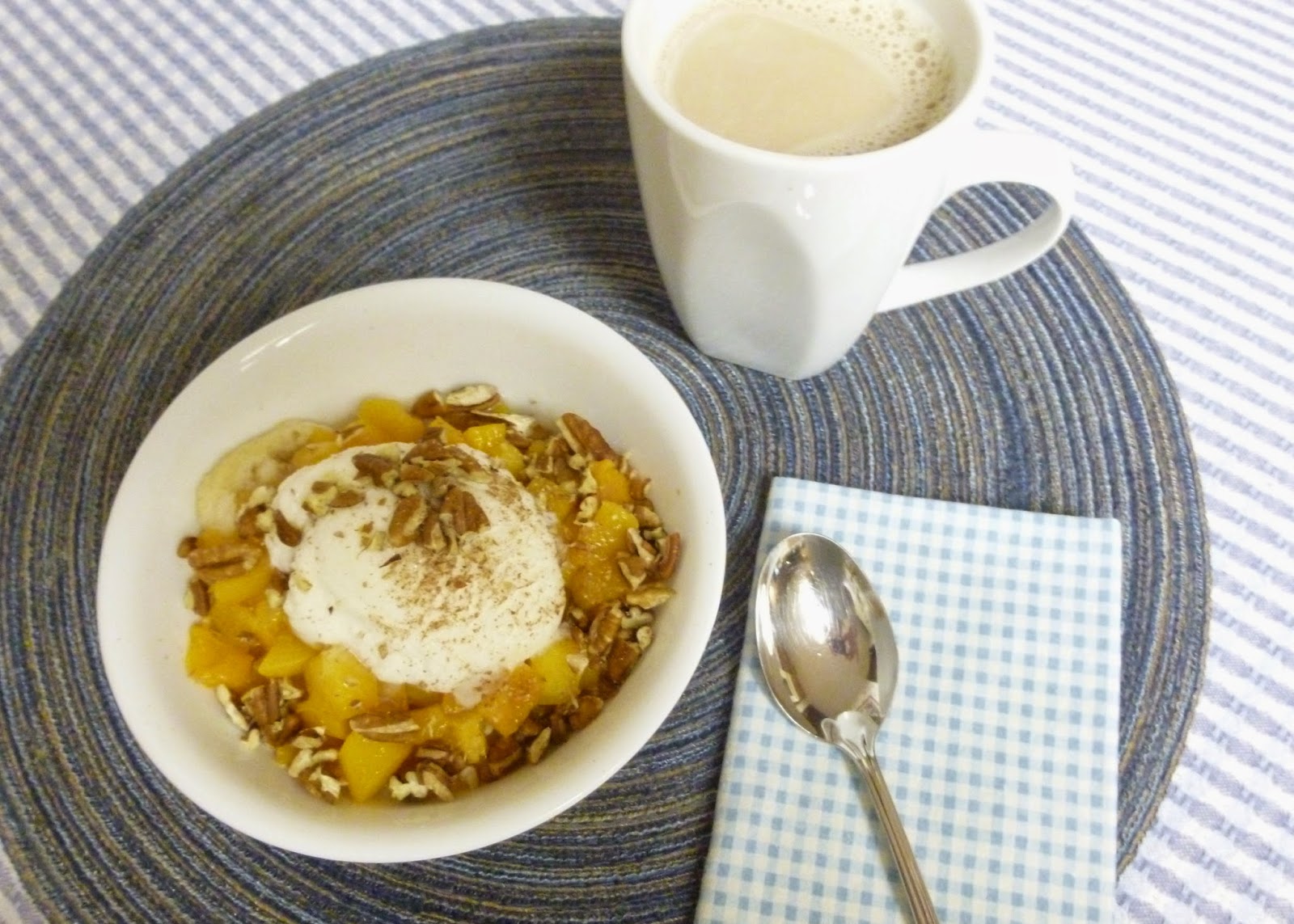 
#1
for a really fun evening with some friends
from our church. We just love these folks,
they are full of wisdom and do not have one
ounce of self pity, even tho, they have and
are going thru tough things at times.
We have such great conversations and we
always laugh so much when we are with
them, and they bring out our funny side too.
They are truly a joy!
If there were only more people like them,
what a great world it would be............ 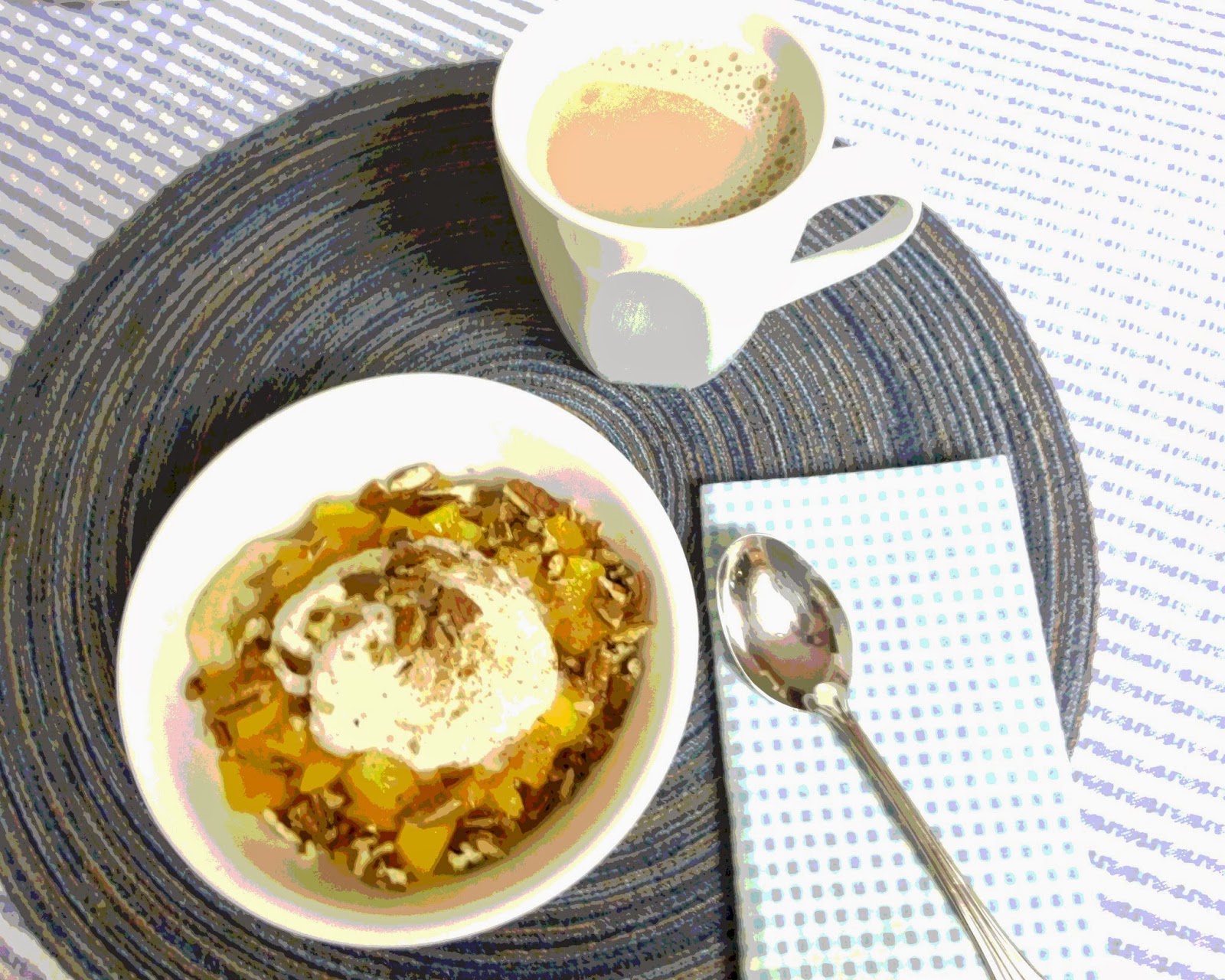 
#2
that Dee and Jerry had a back up buyer
for their townhouse,  cause the first buyers
didn't  get approved.

#3
that Dee and Jerry finally have a contract on
a really nice home they want to buy,  not the
one they really wanted.....because it was over
priced unfortunately, and they would never
get their money back if they had to sell it,
so they are using their
heads not their hearts in this decision,
which we think is very wise, and we think
they are gonna love the new home.  It has
everything on their list that they needed
or wanted, and it is move in ready, and
in the same area where they are now,
and they love it there. 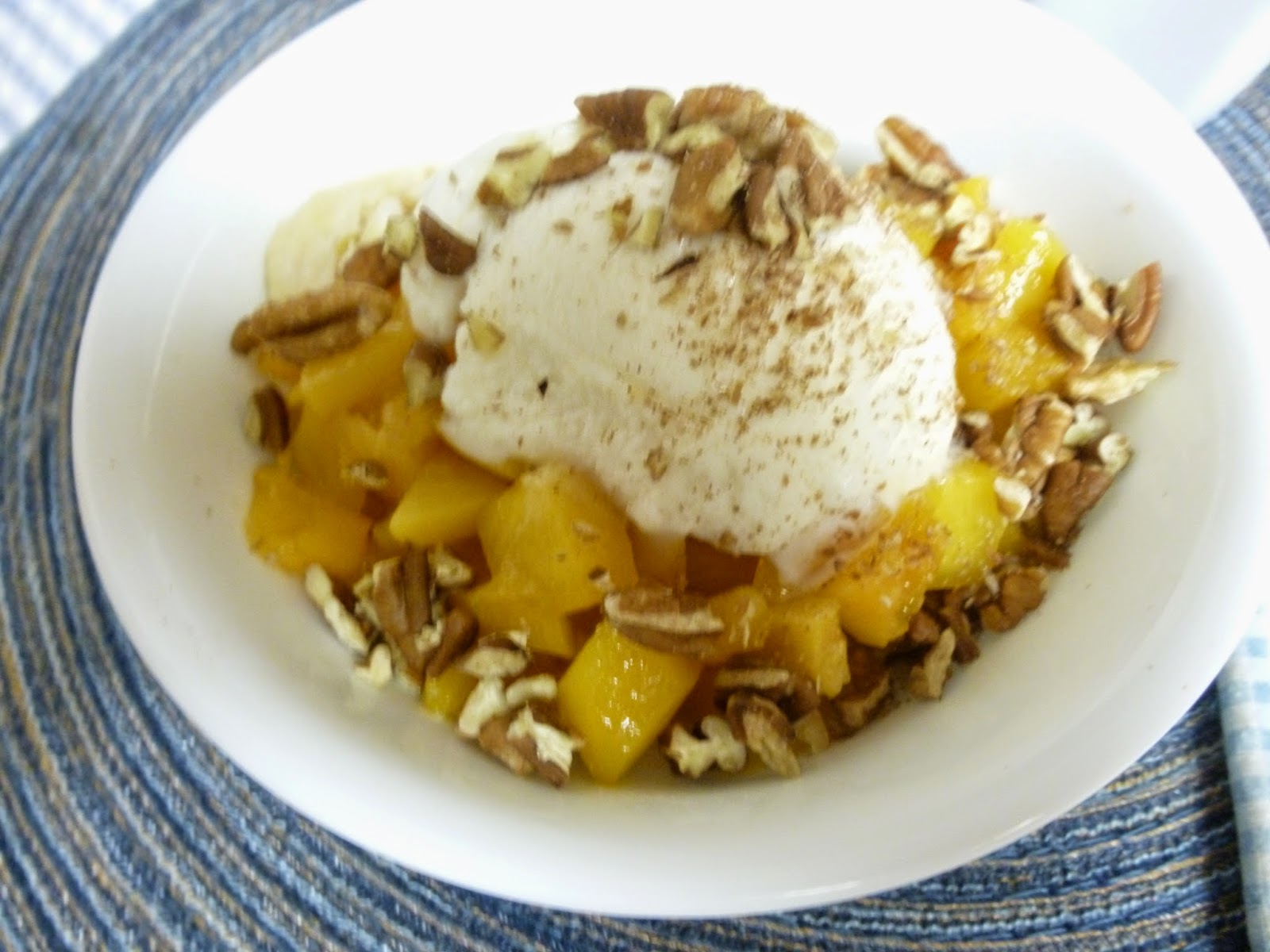 #4
that one of our Life Group couples has
offered to have our whole group and their
families over for a Taco party and swim
after church in a few Sundays.  Perfect
timing as I was just thinking we should
maybe think about having another get
together since our last one was at
Christmas time. 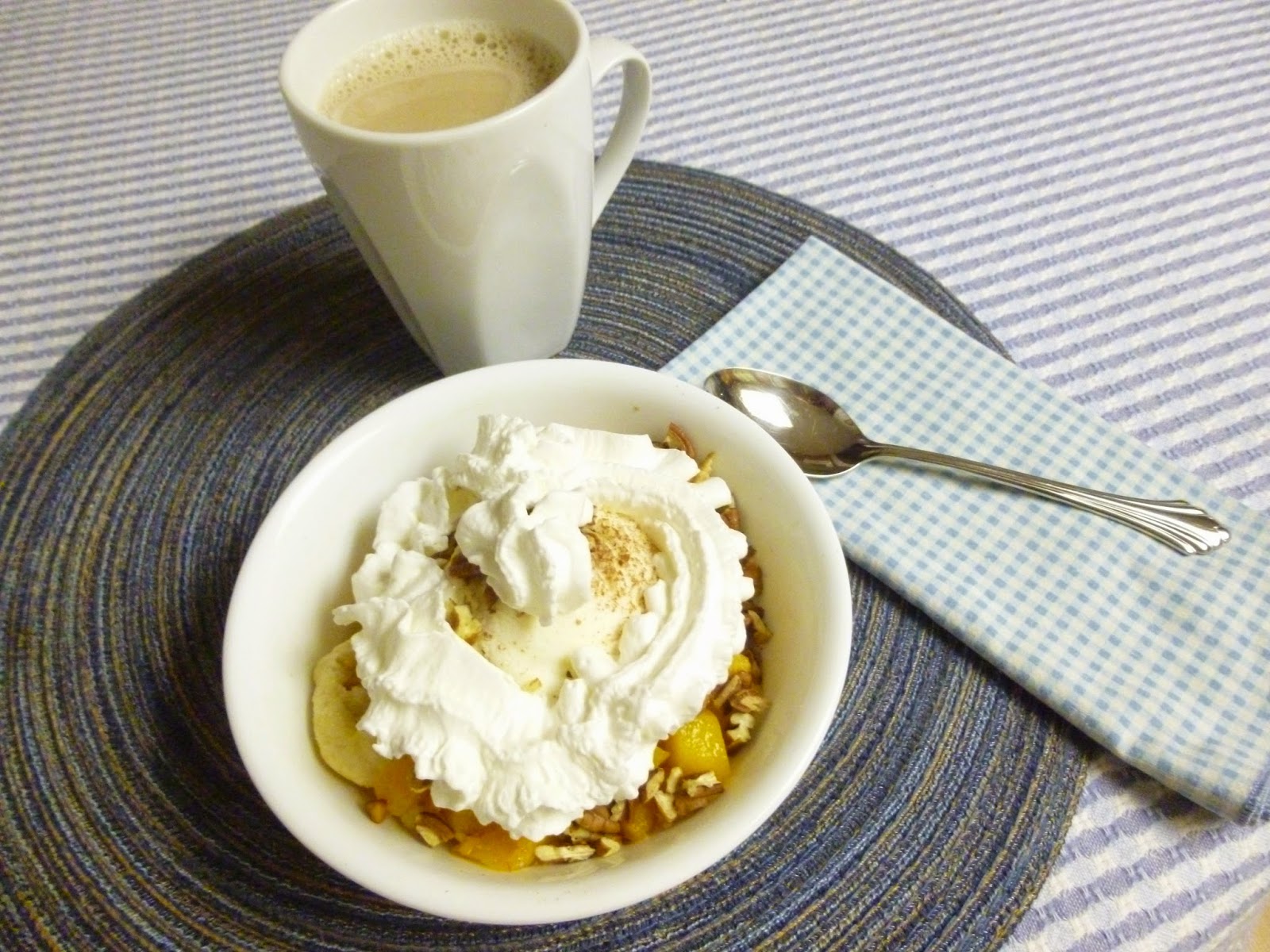 #5
for a welcome home video I saw this
week, of a soldier coming home from
afghanistan, without the parents
knowledge,  they were invited to do
the puck toss for a team they have
been season ticket holders for since
1996,  and then of course, they had
their son come out.  The dad was  over-
joyed he hits his knees first then ran
to his son as the son ran to him, and
then the Dad picked him up and fell
on the ice with his son on top of him.
How he didn't get hurt is beyond me,
but what a joyful and tear jerking
reunion,  just beautiful.

Hopefully you can watch it
Just click  here. or go to
http://sports.yahoo.com/blogs/nhl-puck-daddy/coyotes-shock-family-with-soldier-son--and-it-s-amazing--video-130829038.html 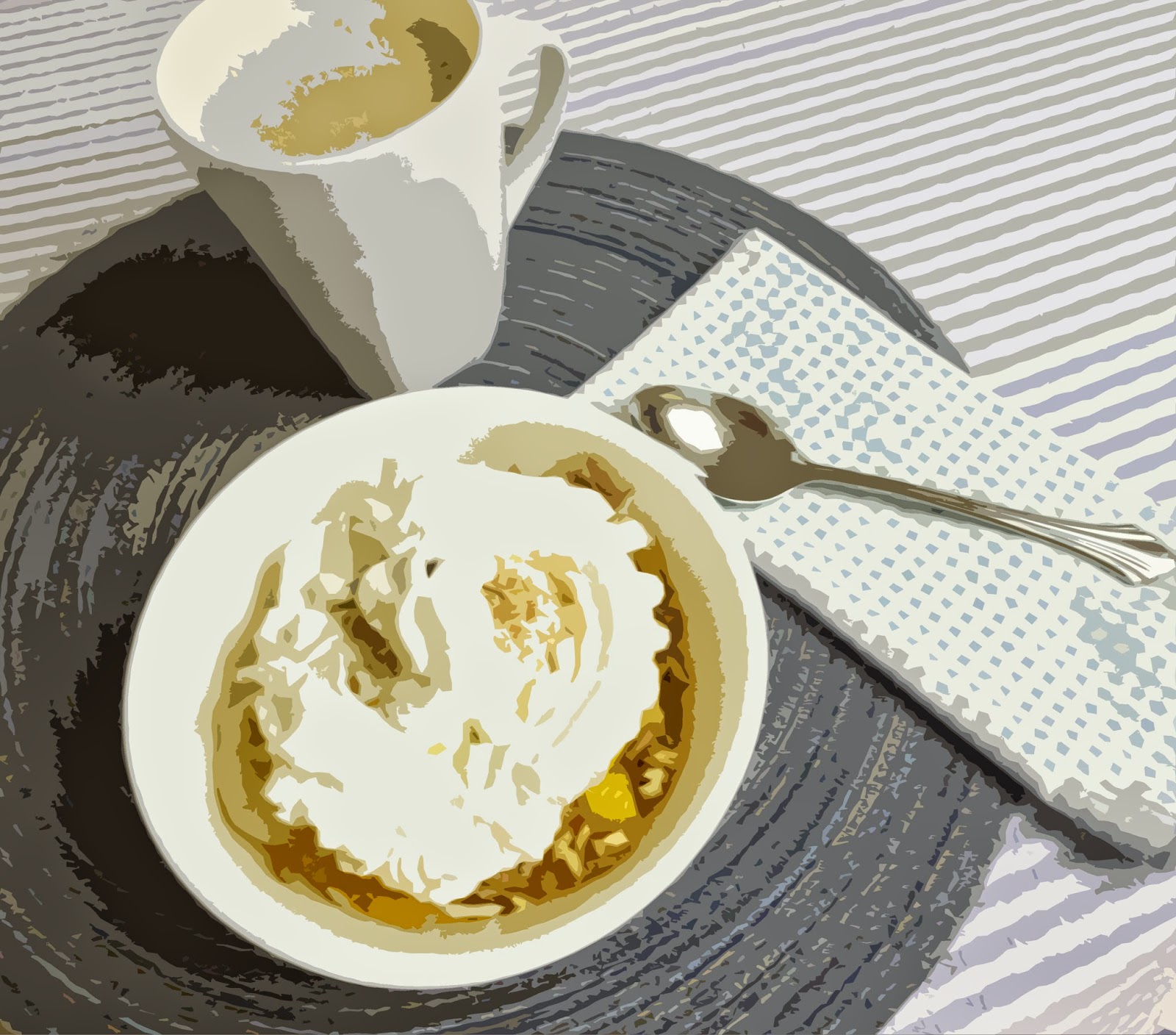 
#6
for graphic artists and people who design
packaging of all sorts, some times I just
see such beautiful or cute packaging and it
just makes me smile.  Look below and you
will see some packaging I thought was just
adorable.  Can you guess what it is???? 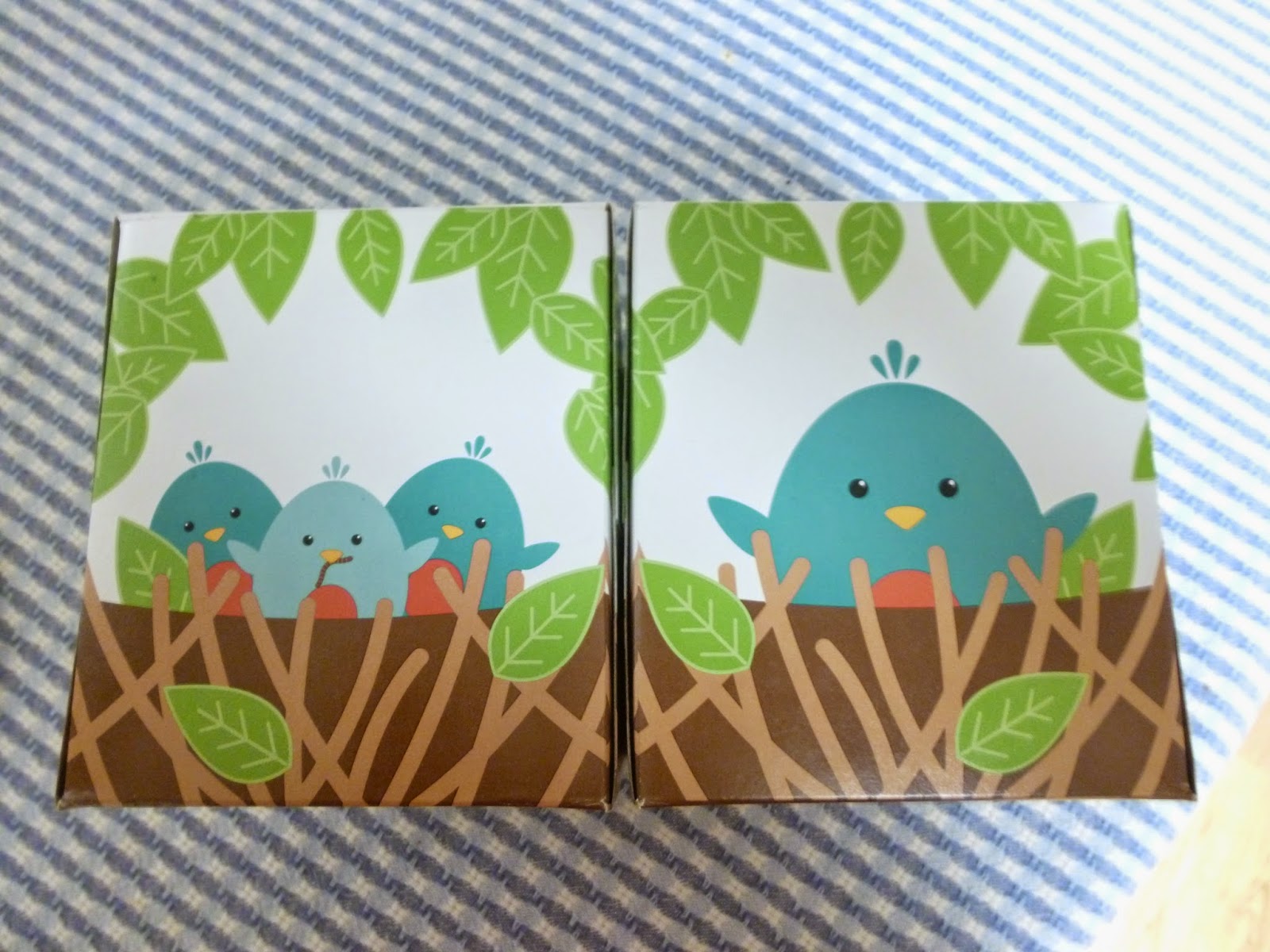 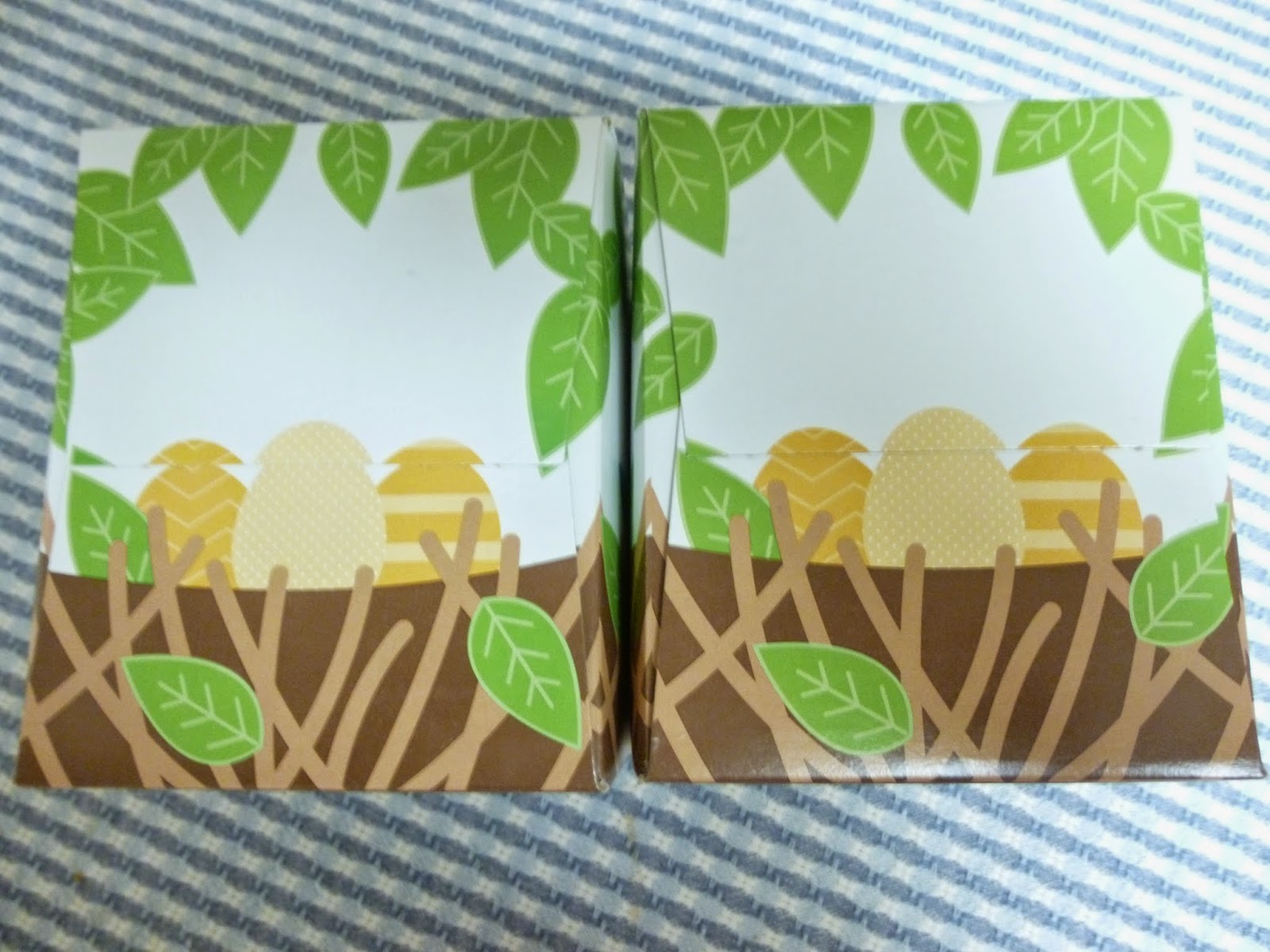 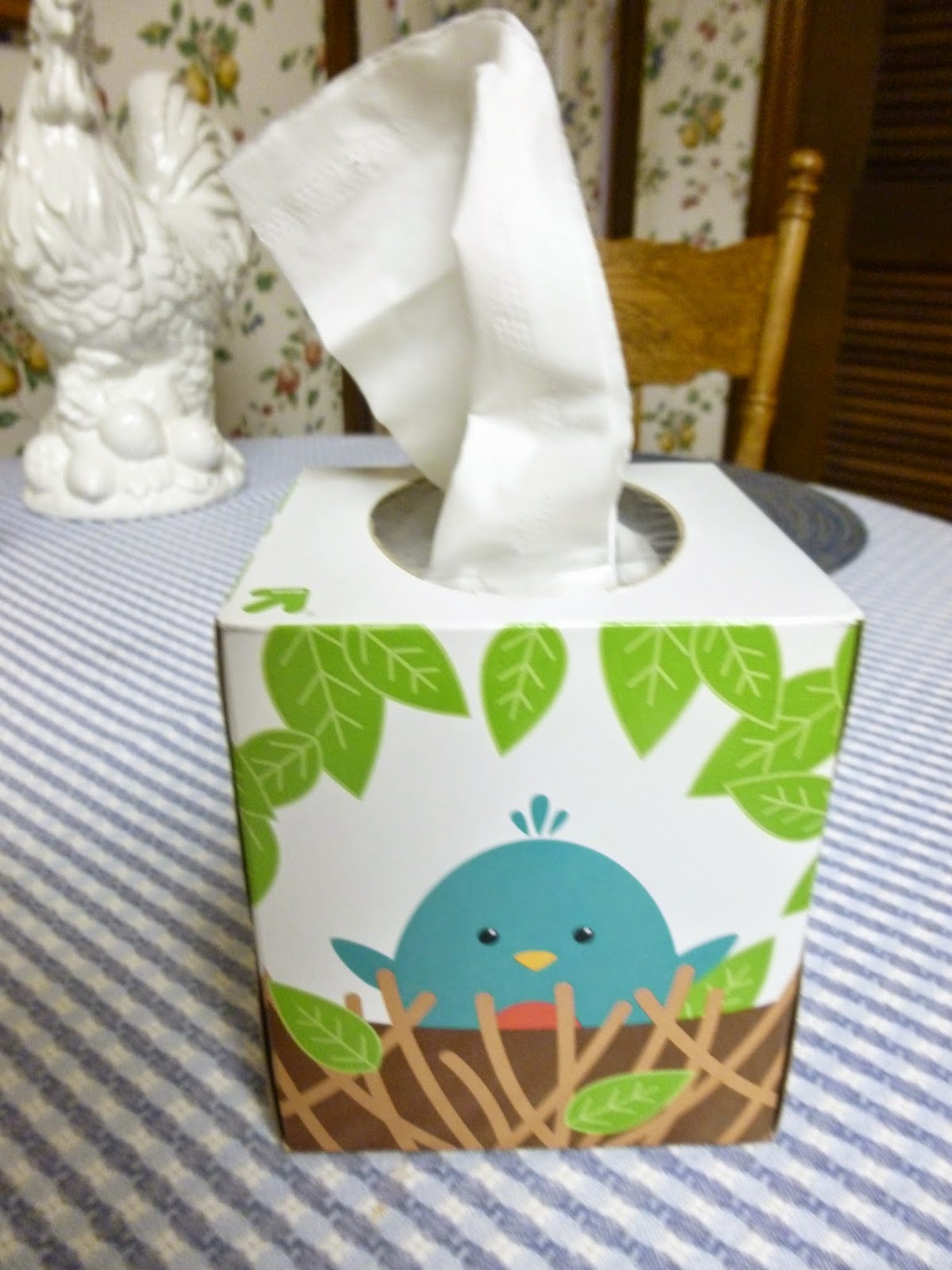 Facial tissues from Target,  and they
look so cute in my  bathroom on top
of the potty.........didn't really think
you would want a pic of that!!  lol
I actually put away my normal tissue
box cover till I finish these 2 boxes,
by then we should be in summer!  lol

#7
for a surprise visit from a young friend
and her lil son.  She came bearing donuts.
So we had some lunch and then some
donuts and coffee..............She is a really
sweet young woman and has a great heart.


#8
for a yummy breakfast this morning,
and the reason for the pictures.  I had some
leftover biscuits, so decided to make some
peach shortcake.  So warmed the biscuits
in the microwave (always put a damp paper
towel on any bread, cause it keeps or will
make it moist), dumped some diced Del
monte peaches on top, then added a scoop
of vanilla frozen yogurt, and some chopped
pecans, then decided to add some whip cream,
and remembered I had blueberries, so threw
some of those on too.  Totally yummy with
a cup of Joe...........


#9
my lil buddy who lives across the street
with his grandmother has the possibility
of being adopted by her.  Am so praying
that happens for him, cause he is such
a precious young man, and his
grandmother really loves him, unlike
his irresponsible parents.

#11
for the leak in the roof, because had we
not had it,  we would not know how fragile
our roof is..........and I am thankful that
we have had no calamities with this
roof in the last 10 years. 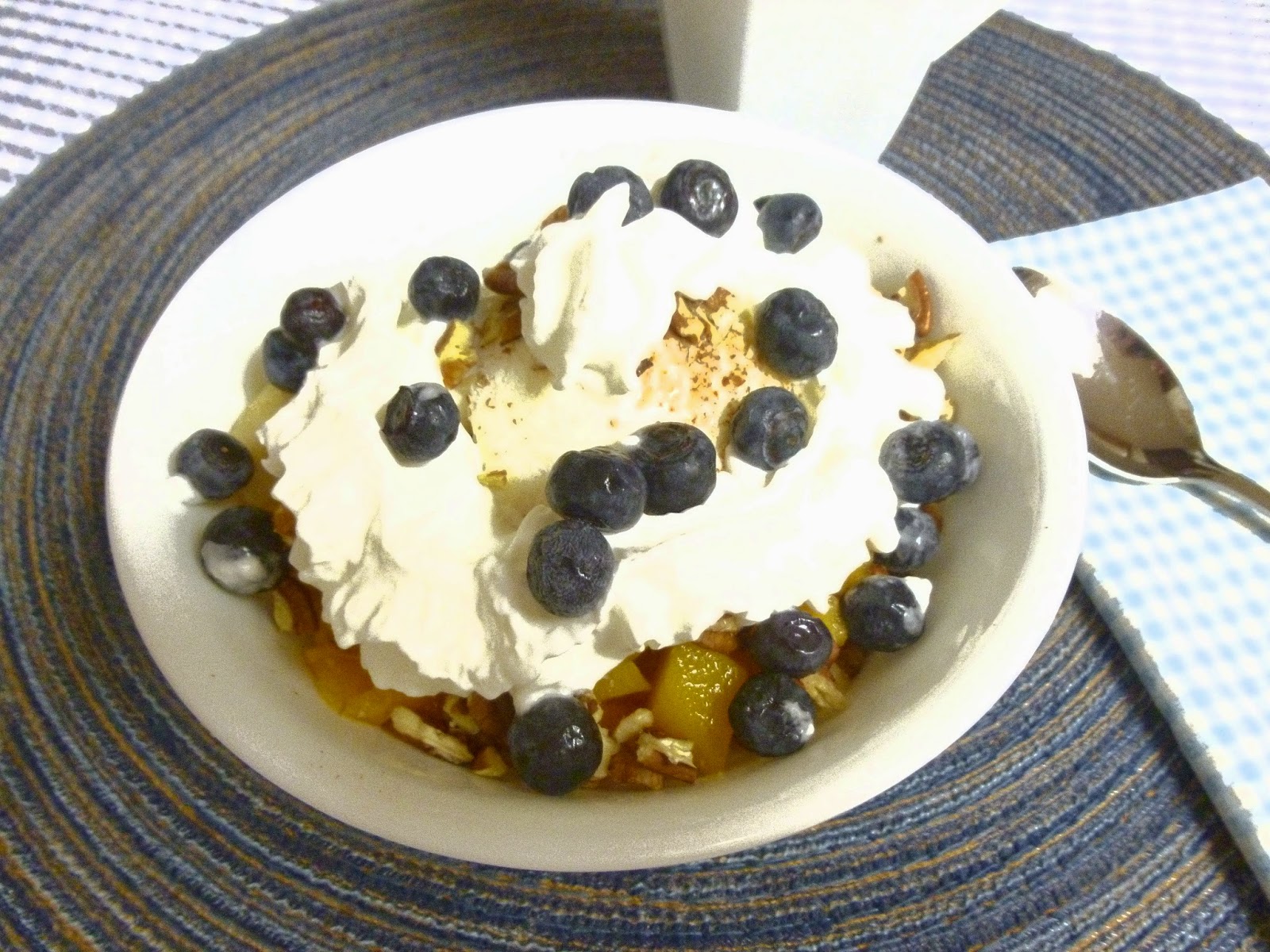 Well, there you have it another
week at Cozy Place.

Nice that you could stop in today.
Would love to hear from you........


Walking on Sunshine with
Lois and Friends

Life with Lorelai with
Lorelai and Friends

The Style Sisters with Karin

Ivey and Elephants with
Paula and Patti


A Tray of Bliss with Mimi

Hi Nellie, so sorry about the roof, we had ours replaced last year after 12 years, another one of those 30 yr. warranties!~smile~
Enjoyed your Thankful Thursday thoughts, your peach shortcake looks delicious, thanks for the tip on using the paper towel when reheating biscuits.
Nice to be able to visit, I haven't been blogging lately as so many things going on with family illnesses, and just being plain busy!
Enjoy your weekend,
Blessings
Sue

Sounds like a week of blessings, but don't give up on your roof.

I'd push them a bit on the warranty. I'd check into insurance, too.
I pray God will help you get help!

As always, Nellie your peach shortcake looks delicious! I hope everything works out with your roof. Blessings - Donna

Can't wait for some fresh sweet Georgia peaches! Love all your photo effect pictures too!
Jenna

Wow, that is quite a bother. And to think that 3 hurricanes have passed since the last time it was fixed; any one of those could’ve blown your roof off! That being said, I hope that the company gave in and handled the replacement of your shingles. That’s the least they could do for not properly doing it the first time. Take care!

Can't believe I missed this! (I'm now writing this from 8/06)
#1. Time with family and friends surely does help us all through hard times!
#2. Thank the LORD for "fail safes!"
#3. Blessings on them from our LORD!
#4. Get together's in the LORD are invigorating with His Spirit. I feel this way with the ladies of W.O.W. when we go out!
#5. Can you just imagine what this is going to be like when our LORD comes for us in the Rapture! The joy will be "out of this world!" ha!
#6. And who says that adults don't enjoy drawing coloring!!!
#7. Boddy surprised me with an apple fritter from Wah Wah's!
#8. I had my regular oatmeal with raisins and walnuts.
#9. I pray now it has been done so (8/06)
#11. I'm always praying to the LORD that He will protect me from leaks, electrical problems!
#12. I hold fast to this promise in everything that occurs!
Love you all, Susan

Thankful Thursday September 29 and October 6 2022, more Fall pics from the Past.

So then, just as you received Christ Jesus as Lord, continue to live your lives in him, rooted and built up in him, strengthened in the fa... 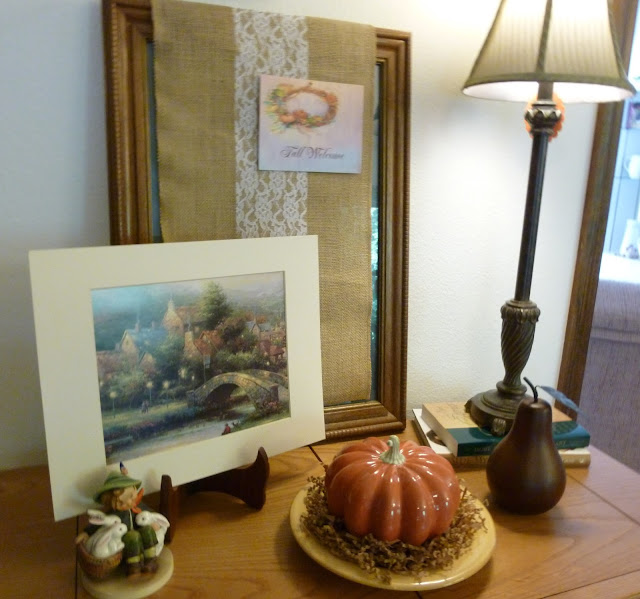 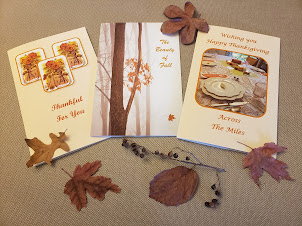