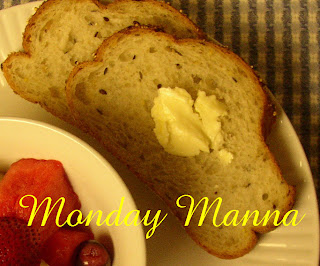 Happy Monday Sweet Friends,
Did you have a nice weekend???
I sure hope so!!!
Our's was good....pretty quiet for the most part.
Worked on Thanksgiving cards, did a lil bit of
Christmas shopping, played some cards, worked
on making some simmering potpourri, went to church
and at the present that is all I can think of!!  lol
On Friday I read a story I just have to share
with you...........it is from a book by Billy Graham's
daughter, Anne Graham Lotz.   I actually read most of it
years back,  about 4 yrs. I'd say, but came across it a
few weeks ago in the armoire,  and realized there were
some chapters that I hadn't finished,  so decided
to work on that,  so this excerpt is from one of
those chapters.  It made me cry...but in a very
good way,  because it is a poignant reminder.....
of what I am not going to say because I don't want
to take anything away from the story.
It may seem a bit long,  and will probably take
about 3 minutes to read..........but believe me
it is worth the read!!
Thanks for stopping in!
Happy Reading!!
Loves,  Blessings and Hugs,
Nellie

He was just a young boy living on the streets in the slums of
London. But Geoffrey had heard that a fiery American
evangelist named D. L. Moody would preaching the evening
service of a church on the other side of the city and he wanted
to hear him. On the day of the meeting, Geoffrey set out to find
the church. He dodged rumbling carriage wheels, slipped through
crowded thoroughfares, and wove his way through hordes of
scurrying pedestrians. Along the way he helped himself to an apple
from a grocer’s cart, narrowly escaping the irate shopkeeper’s
angry grasp. Finally just as the sun began to set, he looked up
and saw his destination. He halted in his tracks to gape at it in awe.


The church was regally situated on a hill, its stained-glass
windows reflecting the setting sun with a golden iridescent
glow that looked like the very glory of heaven. In the stillness
of the early evening air, he could hear hundreds of voices
rising and falling with the thunderous swell of organ pipes
in a stirring cadence of praise. The sight and sound seemed
to reach out and envelope his fiercely independent, yet lonely
little heart, awakening a longing that felt like homesickness.

Geoffrey didn’t hesitate. He bounded up the long, sweeping
stair-case that led to the massive wooden front door. ]ust as
he was about to enter, a big hand descended out of nowhere,
grabbed him by the shoulder, spun him around, and inquired
sharply “]ust where do you think you’re going, laddie?”
Geoffrey responded stiffly but truthfully
“I heard Dr. Moody was going to preach here tonight. I’ve
walked all the way across London to hear him." The big
doorman looked down at the little boy with uncombed hair,
unwashed face, unclean clothes, and unshod feet, then stated
emphatically “Not you! You’re too dirty to go inside!"
The doorman then folded his arms across his big chest,
spread his thick legs, and stood squarely in front of the
door, blocking the entrance.

Geoffrey lifted his little chin, squared his little shoulders, glared
back at the doorkeeper, then stalked off the front steps.
He was confident he could find another way into the church.
But as he walked around the building, he found all the other
doors solidly locked, and the windows were too high for him
to even attempt an entry.  He ended up back on the front steps
where he plopped down in weariness and discouragement.
In spite of his street-cultivated toughness, tears began to trickle
down his grimy cheeks.

Suddenly his attention was caught by a black carriage that
pulled up to the foot of the steps. A very distinguished-looking
gentleman in topcoat and hat climbed out, brandishing a walking
cane, and began to briskly climb the stairs. When he reached
Geoffrey’s step, he glanced over and noticed the curious interest
in the young boy’s eyes and the tear stains on his cheeks.
He stopped abruptly and inquired, “What’s wrong?"

For a moment Geoffrey started to shrug and say “Nothin’.” But
something in the man’s demeanor caused Geoffrey to blurt out,
“I came to hear Dr. Moody preach, but he says I’m too dirty
to go inside,” and he gestured toward the doorman.
The big man looked down at the little boy then extended his
hand. “Here, take my hand,” the man offered. Geoffrey took a
long, hard look at the man, then let his eyes focus on the man’s
extended hand. Slowly, he lifted his grimy little hand and placed
it in that of the stranger, who clasped it tightly and invited
Geoffrey to “come with me.” And Geoffrey did.

Hand in hand they walked up the long, sweeping staircase.
When they came to the huge door, the very same doorkeeper
who had formerly forbidden the boy to enter, now hastily
opened the door wide. With the man still gripping his hand,
Geoffrey walked through the open door and down the center
aisle of the church already filled with worshipers, until they
came to the very front row With every eye on them, the big man
seated Geoffrey there in front of the entire congregation. Then the
big man walked on up the steps to the platform, stood behind
the pulpit, and began to preach! The man was D. L. Moody!‘
The only reason Geoffrey was allowed inside the church that
evening was because he was holding the hand of D. L. Moody. His
acceptance in that church was based solely on his identification and
relationship with the great preacher.

After the long journey of life, we are going to look up and see
heaven. We’re going to hear voices lifted in songs of praise. We’re
going to see the glory of God radiating from within, and we’re
going to long for home. But we will be forbidden to enter. Heaven
is closed to us because we are too dirty in our sin to enter it.

However, because ]esus found us in our hopeless, helpless state
and offered us His hand at the Cross, we can be welcomed into
heaven.  If we accept His offer and put our hand of faith in His,
He will walk with us hand in hand, not only through the remainder
of our journey but through the gates of heaven that will be
opened wide for us.

We will be as welcomed and accepted in heaven as He is, solely
because of our relationship and identification with Him. Praise God!
]esus is the One, and the only One; Who makes heaven available
to the sinner, not only through the cross, but also
through His resurrection.


(Excerpt from Anne Graham Lotz book,
"Just Give Me Jesus")

Praise GOD that HE loves to save sinners like me!
Thank you Nellie for taking the time to type in these inspired words. Truly they epitomize the miracle of Salvation. I think I'll cut and paste and send this story to my pre-believing relatives. Please pray for God to open the eyes of their hearts so they can grasp this wonderful TRUTH.
Thank you for the Thanksgiving Card...you are always so thoughtful. May your Thanksgiving Celebration be blessed with family and friends.
((HUGS))

Beautiful. I have always wanted to read that book and just reading this excerpt makes me want to go and get it! Enjoy your Thanksgiving!

I've heard this before...what a story!

Just give me Jesus!

Give me Jesus, the Holy Spirit, and Father God now more than ever in the times we are living. I'm so thankful everyday for His Love and Guidance in my life.
Love, Susie