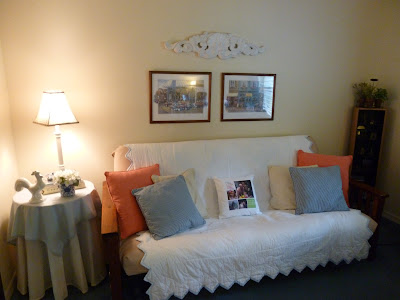 Been a good week here so far,
Gorgeous day out, hot as blue blazes
but beautiful....did get to sit outside
earlier,  but can't take it for more
than 10-15 minutes, but need that
Vitamin D......  lol

Last week I left off with the restyled
CD tower, and actually took a few
more shots (but just used one) so you
could see that the contents actually
show up better than what the last pic
looked like.....
(cause I was standing up and I was
blocking the light) 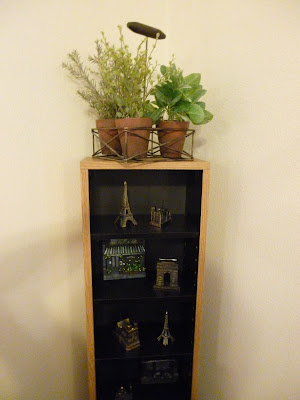 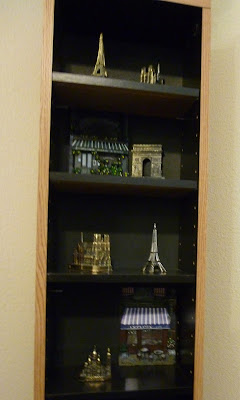 pic from this week.

and.....
I don't think I have mentioned
that this room has a French
theme going on, but maybe
you have guessed that already.

Before it had a French Garden
theme....now...I would just call
it a "French, shabby, farmhouse
theme"  maybe.........lol
once yall see the completed
room,  maybe yall can tell me
what you think it is........lol

After the CD tower, I finally coraled
hubby and we were able to put the
new futon cover on by ourselves
as unbeknowst to me it was a little
bit too big....
It took so long to put in on because
I kept thinking we would need our
son to help, since the futon mattress
is so heavy and as it was hard to get
the old cover on other times when I
washed it and put it back on, but I
kept forgetting to ask Scott, when he
was here, or when he was here, hubby
was busy working and couldn't do it.

So finally.............but then I didn't
like it!! It didn't fit right and it was
wrinkly and we had to tuck it in
and try to make it fit right and so
I tried putting all the pillows on
and still just downright didn't like
it at all. 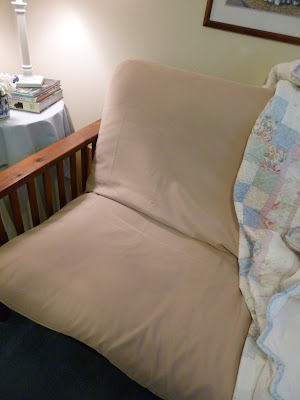 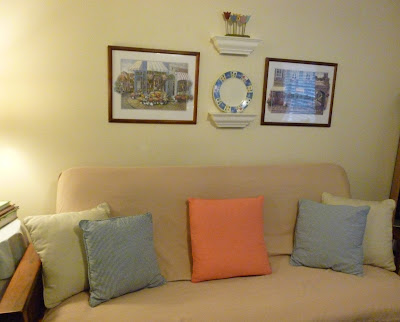 Now keep in mind I bought the
cover 4-5 yrs. ago, before grey
became the more neutral color.
As my intention all along was
to make this a more neutral
colored room.

I remembered
that I had a quilt that I used on
the living room sofa that was
now being used on my love
seat in our bedroom. You can
see a little of it in the above pic,
it is a pink, blue and green
country looking quilt, but the
other side is solid white with
blue trim. So  put it on and it
brightened things up quite a
bit and it also hung over at the
bottom, which made it possible
to hide our laptop under the
futon. See below, took this
without the lights on, so it
didn't come out all that great,
but it gives you can idea of
how this side of the room
looks anyway. 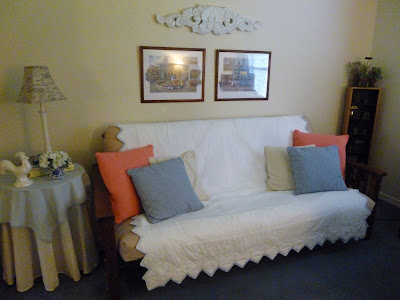 So add 2 new coral
colored pillows that I found
at Ross as I had decided the
accent color was gonna be
coral, then added some off
white and royal blue check
pillows I already had. 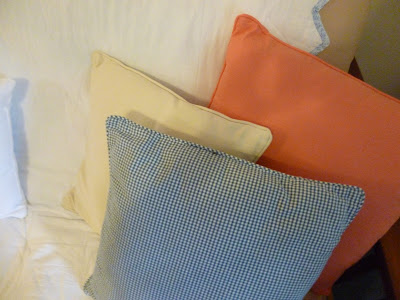 and I was in happy land, accept
I thought it needed one more
pillow in the center, so I was
thrilled as I remembered the
sweet pillow the kids had given
me for Mother's day, as it had
some of the same colors in it
and pics of all my fav people
on it.....
so it was perfect!! 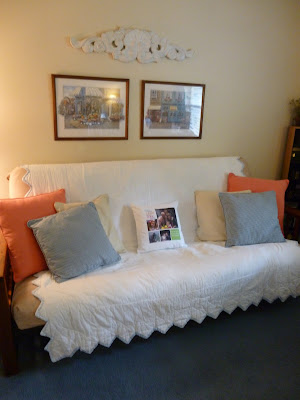 This shows the new changes to the
wall behind the futon as well, but
that came a bit later in the process,
actually at the end.....  thought I had
a pic of the before wall, but haven't
found it yet........I just changed it
up a little bit.
Have to say I am loving the colors
in here..........


and here's a before shot (below) just
so you can remember what it looked
like before.  Also if you missed
part 2 and would like to see it,
Just click here. 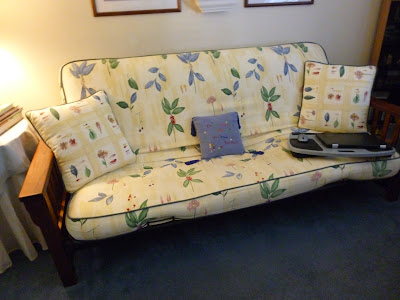 
Hope you have a really great rest
of the week.

Love what you did, Nellie, everything looks so fresh and clean, I begin my fall cleaning and poofing next week, trying to get an early start! I have so neglected my home this summer, because of all the canning and gardening! Thanks for visiting an for taking the time to comment! I am hoping to blog more frequently!
Blessings,
Sue

It really looks great, Nellie! A room to spend a lot of time in with enjoyment! You did a beautiful job! Love you all, Susan


Thanks Sue, glad you like it....we are sure enjoying it....
Can't believe we are almost to August....so Fall is just around the corner for sure.
It is so hot right now hard to even think about Fall tho........lol
Thanks so much for stopping by and for your sweet commenbts.
Glad to see you posting more and looking forward to seeing more posts.....
Blessings Galore ,
Nellie


Thanks Susan,
Yea, it is nice as we do spend quite a bit of time in here, a change is always nice.
Thanks for coming by and for your encouraging comments.
Love, Nellie

Even little changes can have a big impact! What an inviting area you have created. :)

Thanks Joy.....
and so true about the lil changes especially if you are the one living with it daily.
Just refreshing to have some changes at times.

Hope you are doing well, and thanks for stopping by.

What a pretty color combination! I love the coral with the blue. It looks very relaxing.
Carol (“Mimi”) from Home with Mimi

Morning Mimi,
Thanks so much for your kind comments, I really liked the coral and blue too, it is a nice
change, and I picked it due to colors that were in pictures.
Thanks so much for dropping by hon, and hope you have a lovely week,
Blessings,
Nellie 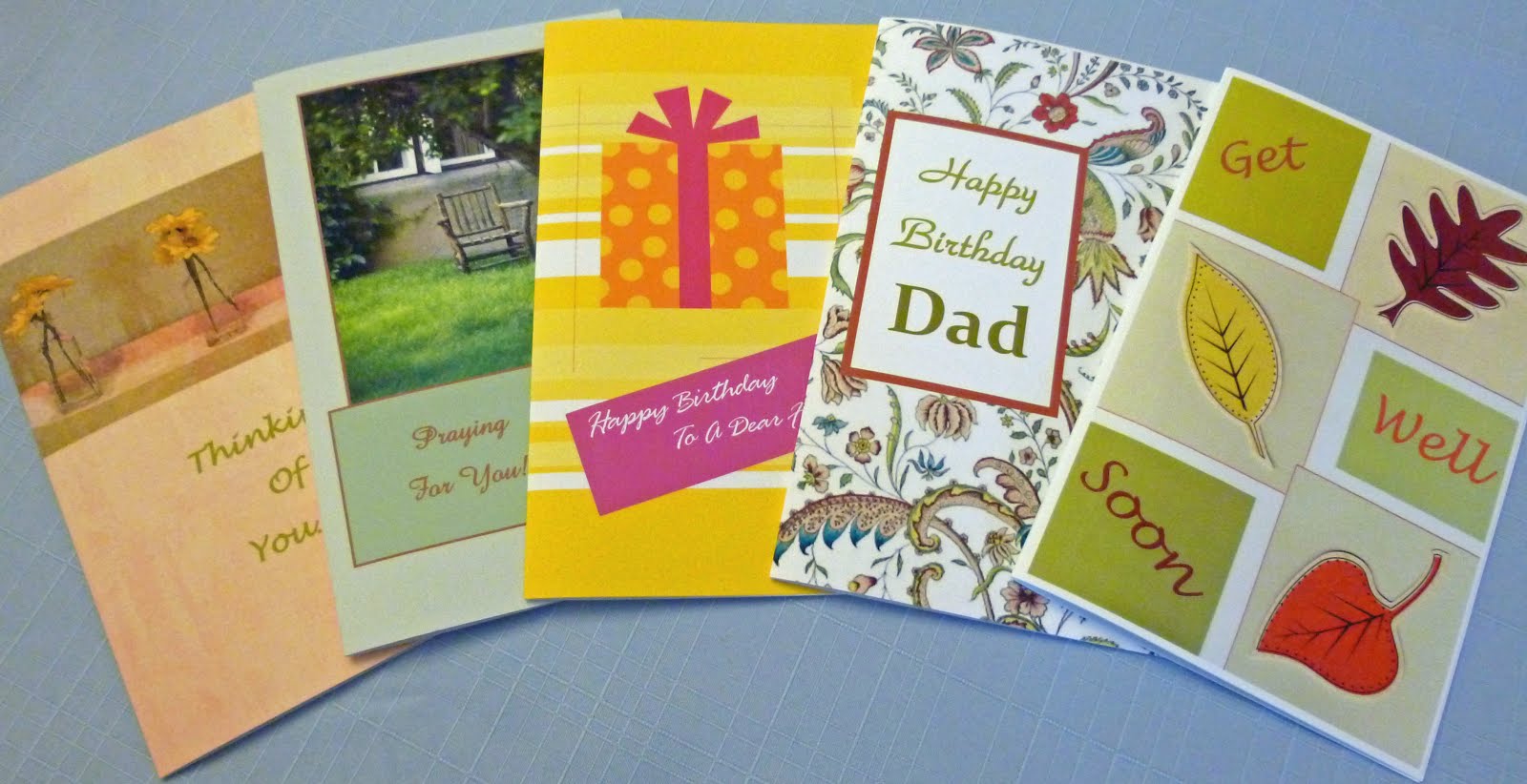