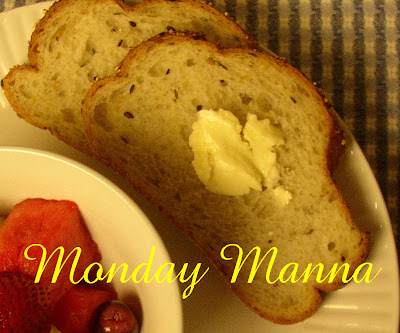 Happy Monday Morning
Sweet Friends,
Hope you had a nice and restful
weekend...............
Ours was definitely restful and a wee bit boring
and gloomy,  I have to say!!  Until Sunday anyway.
This past week has been overcast and cloudy and
last Friday and Saturday were rainy, so It reminds
me of why people up North get SAD disease.
May God Bless you Gals
with sunshine in your souls!!
It reminds me of when we
lived in Germany almost 40 years ago,  the
weather where we lived was like that all the
time with misting rain, much like London weather
I heard,  and for this gal who had never been out
of sunny Florida it was quite a challenge.  I thought
the sun shined like that everywhere, course,
I was only 19 years old at the time.
Well, we had something very interesting happen
on Friday but I will wait and tell you tomorrow
or this post will be really long.............and
maybe I might have even more news by then.
At least we are hoping so!!
Well,  Today we are still talking about the possible
reasons for adversity or trials, so this would be
Adversity tip
#7
If you have asked the Lord to search your heart and
He has not pointed out anything to you,  then more
than likely, there could be something the Lord needs to
prune out of your life, like relationships that might not be
good for you, fears, idols, attitudes and the like.
Pruning can hurt as much as discipline. Sometimes I say,
and believe, because I have experienced it..... it can
be like having surgery without anesthetic.


Discipline hurts but pruning also hurts,  and they can
feel very similiar. I remember someone saying once
God may hurt you but He will never harm you, and
I believe that to be true too.  For instance,  if
you had a broken leg and the Dr. had to set it
and cast it,  it would hurt,  but are his intentions
to hurt you or  to help you!!   God's intentions
are always to help us and make us more fruitful,
so we can live the abundant life He wants for us.
John 15:1-5 says
"I am the true vine, and my Father is the gardener.
2 He cuts off every branch in me that bears no fruit,
while every branch that does bear fruit he prunes
so that it will be even more fruitful.
3You are already clean because of the word
I have spoken to you.
4 Remain in me, and I will remain in you. No branch can
bear fruit by itself; it must remain in the vine.
Neither can you bear fruit unless you remain in me.
5 "I am the vine; you are the branches. If a man remains
in me and I in him, he will bear much fruit;
apart from me you can do nothing
About 10 yrs. or so ago, I came to see and understand
this truth about pruning in a new way, when I had a
pinched nerve. I have never experienced this kind of
excruciating physical pain in my life, I could hardly even
think, let alone pray more than "Help", and it lasted about
3 weeks 24-7, and even tho I went to the Dr., all they did
was give me muscle relaxers and anti-inflamnatories
which did nothing at all for the pain, or anything else
it seemed, then my Pastor, at the time, told me I should
try his Chiropractor cause he had a pinched nerve once,
and the Dr. helped him,  so I decided to try him.
Praise God for this man!!
As I began to get some relief I began asking the Lord
what had I done, how had I sinned, and to please tell me
so I could make it right with him, but he revealed nothing,
but I felt like surely I must have done something to be
going thru this awful pain and I was a bit frustrated that
I was getting no answers as to why this was happening.
Then, somehow don't even remember how, I got
my hands on a lil book by a man called Bruce Wilkerson,
called "Secrets of the Vine".
It was a divinely appointed book,  I can assure you,


I totally related to the book because he said that
when bad things would happen to him, he would
ask the Lord about sin and when the Lord didn't
tell him,  he would get angry with the Lord, then
he would be in sin,  and it was like a viscious cycle,
until, he realized what God was really up to!
Pruning!!


That is when I realized if I wasn't being convicted
of any sin,  then this must be a pruning experience
and it really helped me to relax a bit and to start
looking for what God was trying to show me or
teach me or take out of my life.

One point he makes is that if you are being pruned,
it will not stop until God is done doing whatever He is
trying to accomplish, if  it is sin and you repent of it,
it will stop immediately.  Great thing to remember!!
I highly recommend the book!!  In fact, many times when
I or we are in a trial I will reread it....
cause you can really do it in one sitting, and it is full of
truth and wisdom and just a great reminder.
That book also helped me realize that the story of Job is
really about a story of pruning, as well as testing.
I truthfully, had always struggled with the job story,  and
this book really helped me to see it in a whole different
light. The result was the pruning of an attitude and
a fear that I had.
It was also the beginning of God teaching me about the
importance of praise,  but that is another subject for
another time, but will come later in this series.
Now back to the job story...........Again......Satan
was nothing more than God's errand boy. Because in
the end God completed restored Job to better than
before,  and in my own life I can honestly say that
God always put back more than He takes away!!
Even if it doesn't seem like it at first,  you
will realize it in the end,  and I will talk about
that later in the series as well.
Next week,  we are gonna talk about one
more reason for Adversity,  so hope you
will come back next Monday.
and
Just in case you missed last weeks post
Click Here


So glad you came by for a visit today,  hope
you take away something that will help you
the next time trials come your way........
which probably want be too long, if you are
like most people,  someone said, don't know
who....but
" you are either in a trial, coming out of a trial,
or about to enter a new one!!"


Jesus did say "In this world you will have
trouble or tribulation,  but take heart!
I have overcome the world.


John 16:33
You have a Marvelous Monday
Sweet Friends,

Nellie, I have caught up with your series - and am very thankful for this reminder/review of the subject of adversity. Having just come out of a health-related issue, I can identify with your example in THIS one. I look forward to your "news" and the last installment on possible reasons for adversity :)

whoops, that was me above, still signed into Blogger under the church's blog. So I will repost my comment:

Hi Nellie, I'm trying to catch up with some blog reading while the little guy is having a nap and big sister is at pre-K. Secrets of the Vine was my favorite of the little books by Bruce Wilkerson. But it's been a while since I read it...This business of pruning is something I need to give some thought to today. While my heart's desire is to live a life pleasing to God and especially to not "keep a record of wrongs" there is an issue that doesn't go away (and probably never will) and my response keeps getting uglier. It's the response I need to deal with, obviously. humm...I do need the pruning of an attitude, as you say. Thanks for this...I have some "listening" to do!

Hi sweetie, Loved getting caught up with you.
We are expecting snow tonight and after five wonderful days of sunshine and beauty, I'm wishing it was spring time.
Have a lovely week Nellie.

Nellie, thanks for the note. I have a link in my blog's sidebar to the blog my hubby and I are writing for the church to promote involvement in our local outreach ministries that the church supports. I have to go into Blogger under the church's passwords and then sometimes I forget to log out and re-enter under my personal passwords! whoops! Hope you will have a look at it though...there will be another post by about next Sunday, God willing...working on it! love, Jacque

I'll surely be glad when we receive our new bodies and will no longer need pruning!
Susie

Hi! I'm anxious to see what happened to you on Friday! I want you to know that I read every word above and I appreciate the way your posts make me stop and think. I needed to get my mind off of all this stuff happening with my in-laws. I hope you had a wonderful day.

Hi Nellie, thank you for your e-mail. I hope all works off with the surprise for tomorrow is all I will say! This is a good post. Every adversity is for our good even though we may not see the reasons until way later, they are there. If we struggle through with our faith in tact we will be much stronger and more valiant in Christ. One of my favorite quotes from the scriptures is, "Look unto me in every thought, doubt not, fear not." The Lord has given us everything we have, all we can give back to Him is our will being in accordance with His and our gratitude for the depth of His love for us. He is over all. And although I believe He allows bad things to try and test us, He does not author them. Only good comes from God and only bad comes from Satan.

Such a great post and reminder. I have learned so much from you. Thank you...

Nellie,
Thank you for sharing this story! Very uplifting and encouraging:) I love Bruce Wilkerson's Prayer of Jabez...my mom shared this book with me and it was GREAT!
LOVE your blog
Cassidy:) 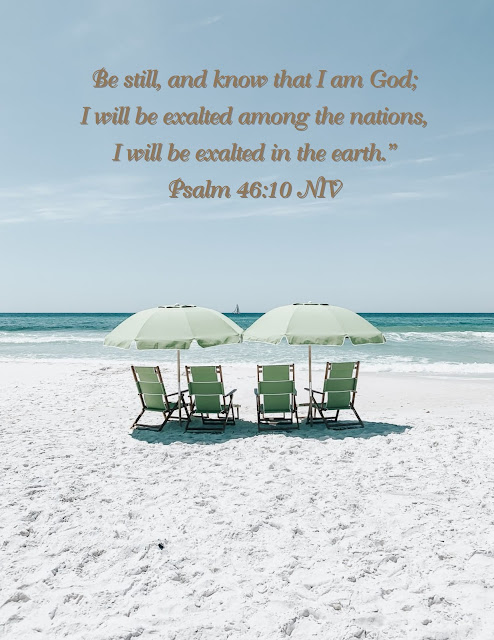 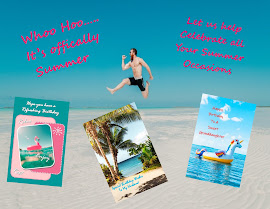