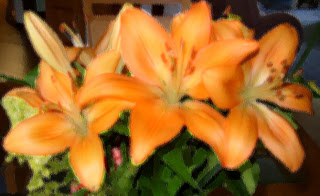 Good Sunday Morning, course, it will be Monday Morning for you, since this is my Monday
Morning Post..
It is 2:56 a.m. - and I can't sleep, well........I was asleep until my cat was crying to get in cause there was something out in the back yard, so since I was startled awake, guess I must a lil adrenalin rush going on and am now wide awake!! So figured if all I was gonna do was
toss and turn I might as well make good use of the time, and do some blogging.

Well, we left Friday afternoon about 3 P.M. to go to St. Augustine, Florida for the Wedding.We checked into the Holiday inn a lil before 5P.M., and were starting to settle in when we kept seeing things in the room, like stuff on the floor, open food in the fridge, the coffee table in front of the sofa with smears, the bed spread up.... but the bedspread off on the floor and the pillows looked all funny like someone was leaning on them, oh yea, and problems with the commode as well. Great!! The commode and the bed was the end, I called and said we want another room, I am not sure this bed has been changed, and they said oh yea, it has and I said No, I think if you saw it you would probably agree with me, so they gave us another room, and it was much nicer and cleaner. Thank the Lord!! and the commode even worked to boot!! I meant to take some pics of the room, but left the camera in the car. Later I was able to take a few pics just as we were leaving.... I took pics of pics that were on the walls cause I found them intriguing, especially the one with the roses and birds, but I was not gonna make up the bed for yall...... After all this was a get away, no bed making, Sorry!! We did take another pic of the room, but it didn't come out well, so there you go!! 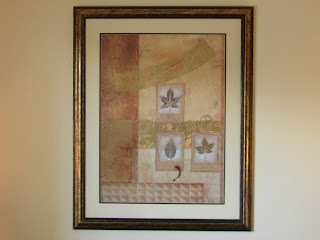 I would have retaken it but hubby was ready to go. You Know!!

Did you know if you double click
on the pictures they will enlarge. 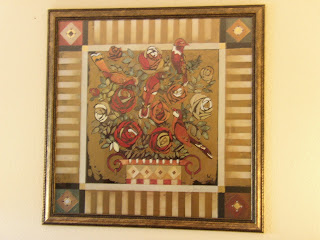 The Wedding was held in an old bldg. or possibly an old home, in the historic district called the "White Room". The bldg. has 3 floors, the Wedding was held on the 3rd floor, out on the rooftop overlooking the city and the bay under a glorious sky of blue @ 7 P.M. The Wedding, and the weather was perfect (we heard it rained for the rehearsal) it was breezy, shady and a touch warm, but very very pleasant.


The Bride of course, was stunning!! The groom happy as a clam, and so handsome in his attire, as all men are, don't know what it is about a Suit........... but guys sure look great, course, we ladies
look pretty good when we are all gussied up too. Their colors were tan and coral orange. She had orange Tiger lilies in her bouquet, and of course, her attendants all had on coral orange long flowing dresses, the guys had the coral orange cumberbunds and ties, with tan suits. Had never seen that before, but very striking.
The Brides Bouqet 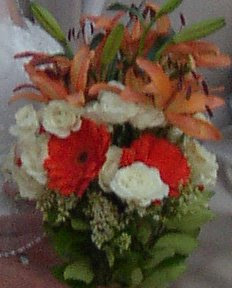 Attendants Dresses
The Pastor did a phenomenal job on the ceremony. As people who really believe in the sancty and commitment to marriage vows and who love to teach marriage classes, my husband and I
were overjoyed with his charge to them, and the neat vows he had them take. Wish we could have recorded them. He had the young man vow to spiritually lead his wife, and He had her vow to be submissive to his leading. Course, that is not a popular or politically correct statement in our day. Oh Well! He made them vow to walk together thru good times and bad times as well, think that was a good one too, in this day of as soon as things aren't good I am outta here
thinking. Anyway, he said a lot more and we wanted to applaud. We have been married close to 39 years now, and we, as everyone else have had our ups and our downs, but you have to work it out, and I am so glad we have stuck it out cause life just gets better and better when you do. We have seen so many marriages go south and then they get remarried and (maybe) have some temporary happiness and then they wind up right back where they started in the first marriage usually, dealing with the same ole problems. Don't hear me criticizing cause I really am not, I well know there are biblical grounds for divorce, and my heart definitely goes out to those in that situation but sometimes it is not a matter of infidelity or abuse or anything. Anyway, let me get off my soapbox now!! ha
The reception was on the 2nd floor in a lovely large room with mirrors and pretty architecture.
We dined on Roast Chicken, a lovely vegetables mix and something called "Martini Mash Potatoes", it was very cute.......they put the yummy home made mashed potatoes in a martini glass and then you could put any or all of the toppings you wanted. They were delicious, I could have been happy with thepotatoes alone, they were so good, and of course, while we were waiting they had all sorts of yummy fruit and veggies with dip, and crackers and cheese, Baked Brie and other goodies.
It was a lovely evening, and we so enjoyed watching the bride and groom, and their parents bask in the joy of it all. We stayed for all the festivities of the garter throw, the bouquet toss, and the cutting of the Wedding Cake. It was delicious and delightful. Never saw a cake like it before,
very different but very beautiful!! You can see the pics below. Also note the lil salt and pepper shakers dressed up in wedding attire - think that was a take off from the move "Fireproof."

In Case you can't tell those are chocolate covered

strawberries on the top of the cake 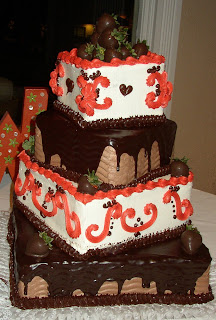 Aren't they adorable mr. and and mrs. salt
and pepper shakers.
They also had the
champagne glasses
done the same way.
Wish I had thought
and taken a pic of
the whole table. 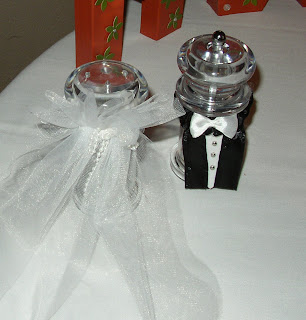 We left and returned to our room at the hotel, got cozy, talked about the wedding and the fun, watched a little HGTV and hit the sack, then we got up and spent the morning together and left the hotel about 1:30 in the afternoon and took in some of the shops in the historic district of St. Augustine. We kept seeing ice cream shops and my husband and I eat only lowfat type foods because he had bypass surgery about 3 or so years ago, and we want to keep him around for awhile. Anyway, we found a place that had peach yougurt and he had it put in a homemade waffle cone, talk about delicious, it had large pcs. of fresh peaches in it. The only thing wrong with it was we would have to go too far to get another one!! I had a pecan caramel turtle, course, we each sampled a bit of each. That was a yummy and fun treat for us both. Then on the way home we stopped and had dinner at a Longhorn steakhouse. It was an excellent, and very enjoyable meal and we had a very sweet young lady that served us. Doesn't it make such
a difference when you have such a nice server, course. It's also nice for them when they have nice guests to serve, so always remember that!! It was a fun day, and a nice change of scenery for us. I will post pics of St. Augustine on Tuesday.


Blessings & hugs to you, Nellie

BECKY said…
Hey Gal, I'm glad your weekend went well!! The wedding sounds lovely, and of course LOVE what the pastor said!! Glad you got a better room, too!! Our getaway was absolutely flawless!! I'll do a post on it for tomorrow!!

Hope your day is going well. Mine is, but I have to get a move on and run a couple of errands!!

Neabear said…
Sorry I am a little behind reading again. That happens to me. Sounds like the wedding was wonderful. I am glad you got a better room too. Crazy that your first room was still messy or like someone had gone back in messed it up.
May 26, 2009 at 9:56 AM

Popular posts from this blog

June 23, 2010
* GREETINGS SWEET FRIENDS, * HOPE TODAY FINDS YOU WELL AND HAPPY AND FULL OF ENERGY AND ENTHUSIASM!! * AM HAVING A FAIRLY PRODUCTIVE DAY: GETTING SOME BUSINESS PHONE CALLS  DONE , AND GOING THRU SOME OLD MAGAZINES AND FILING ONES I WANT  TO KEEP AND PITCHING EVERYTHING ELSE. * DON'T YOU JUST LOVE CLEANING STUFF OUT???  I HAVE BEEN GOING TO DO IT FOR  AWHILE BUT JUST NEVER GOT TO IT, SO  SINCE I WAS BORED CAUSE OF MY ARM LIMITATIONS YESTERDAY, I THOUGHT,  LORD, THERE MUST BE SOMETHING  PRODUCTIVE I CAN DO OR I MIGHT LOSE MY MIND SOON, AND THE MAGAZINES  CAME TO MIND.  I HAVE ALSO TAKEN SOME  PICS OF PRETTY THINGS I FOUND........ MOSTLY FLOWERS, OF COURSE !! * I DECIDED TO DO A TABLESCAPE   THURSDAY POST FOR TODAY. * AND NO, THIS ISN'T HUBBIES TIE, IT IS HIS FATHER'S DAY TABLE NAPKIN. * CUTE, HUH!! HUBBY WAS IMPRESSED!! * * HERE'S  THE SPECIAL GUYS PLACE!! * I DECIDED TO GO WITH A MOVIE  THEME SINCE HUBBY LOVES WATCHING MOVIES  AT HOME OR IN THE THEATRE. * I
17 comments
Read more

Have a Resting Sunday!

March 20, 2011
Happy Sunday Morning to You Sweet Friends, And Happy Spring!! She has finally officially arrived. I decided to try a new meme today,  it is called  "Shadow Shot Sunday". I am going to combine it with my Sunday verse   for  the day  which I haven't done for  awhile.  Thought it would  work great  together. I am linking up to the "Hey Harriet blog" So.....if you want to check out all the other shadow shots,   just click here. The header photo is of my bathroom  window,  very early  in the morning,  just as day is breaking. You will see the sun coming up more and more. I only wish the camera could have captured the way the light was dancing on the window pane, truly a beauty to behold! I took these at different stages as you can probably tell from the amount of light coming in the window, and now onto the valance. It was truly fun and fascinating to watch! Remember.......................... He who dwells in the shelter of th
14 comments
Read more

October 30, 2020
Let them praise the name of the LORD,   for his name alone is exalted;  his splendor is above the earth  and the heavens. Psalm 148:3 NIV   Greetings Sweet Friends, Hope you week has been a good one. Mine has been good in spite of the fact the antibiotics they gave me didn't work.  They seemed to be working the first few days but then it seemed like my symptoms were coming back,  so now I am on a new antibiotic for another week.  Ugh!!  Hopefully this  will  do the trick...........Nope! I had to quite taking it as  I  was  having bad side affects.  So not  taking anything now  and hoping  that I got enough  in me to take  care of the  problem............So far, so good,  but it has only been 2 days off............. Pictures today are from our house this Fall 2020. So on with my Thankfuls...... #1 Thankful for a nice time with our  Son  and Lil darling,  He was sweet to bring dinner for all of us, and then we played some wii and a card game.  A Fun Surprise..... especially
17 comments
Read more